Spooder is a Linux robotics project that I started in high school with my iOS-app developer partner Daniel Vebman — it is an 8-legged 24DoF spider robot that was originally designed to be able to fly with propellers installed on 4 of the legs. That feature has been cut because of the heavy payload but let’s pray for Spooder to achieve what it was born for. 🙏

While I designed the mechanical, electrical aspects, and the walking algorithm of the robot, my partner worked on an iOS app that controls the robot through WiFi with UDP video feed functionality. This project has been in development for 2 years. Git Repo

Testing out the UDP streaming on iOS application designed by Daniel Vebman.

I designed all non-electronic components on TinkerCad and 3D-printed them with Carbon Fiber Filled PLA on my MakerGear. 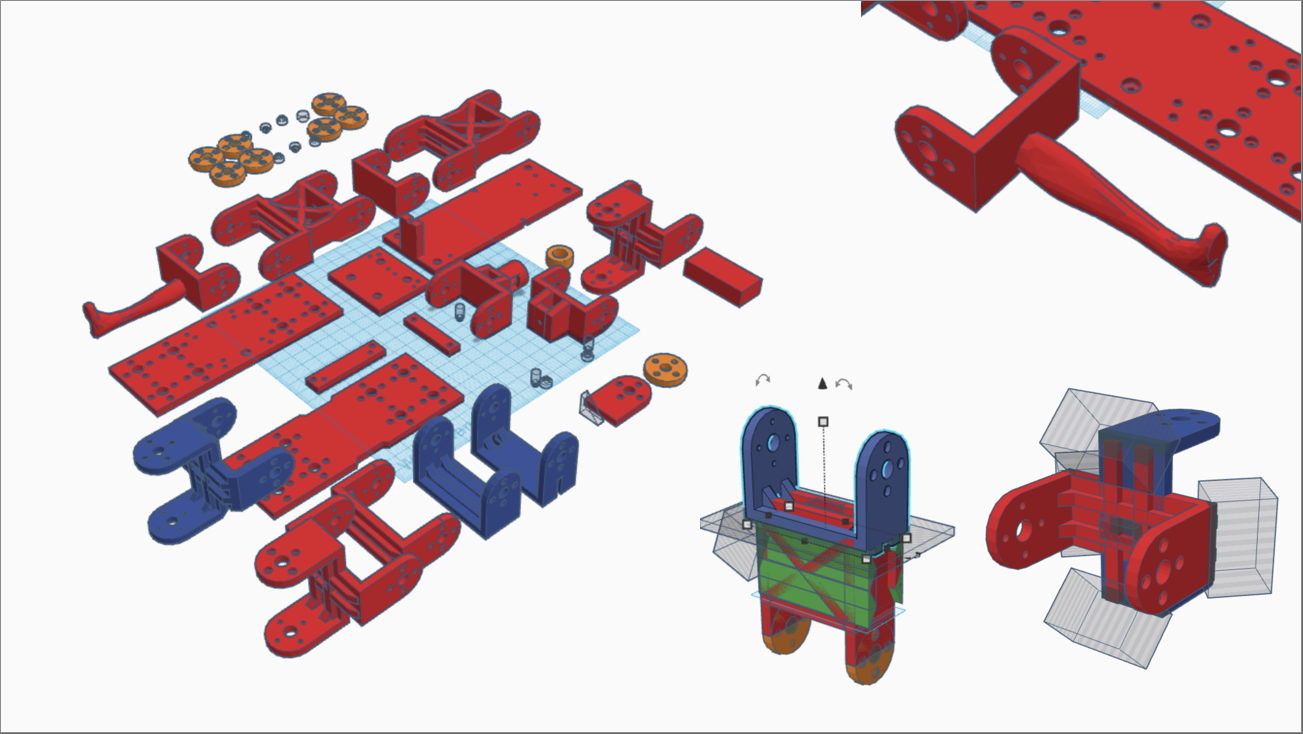 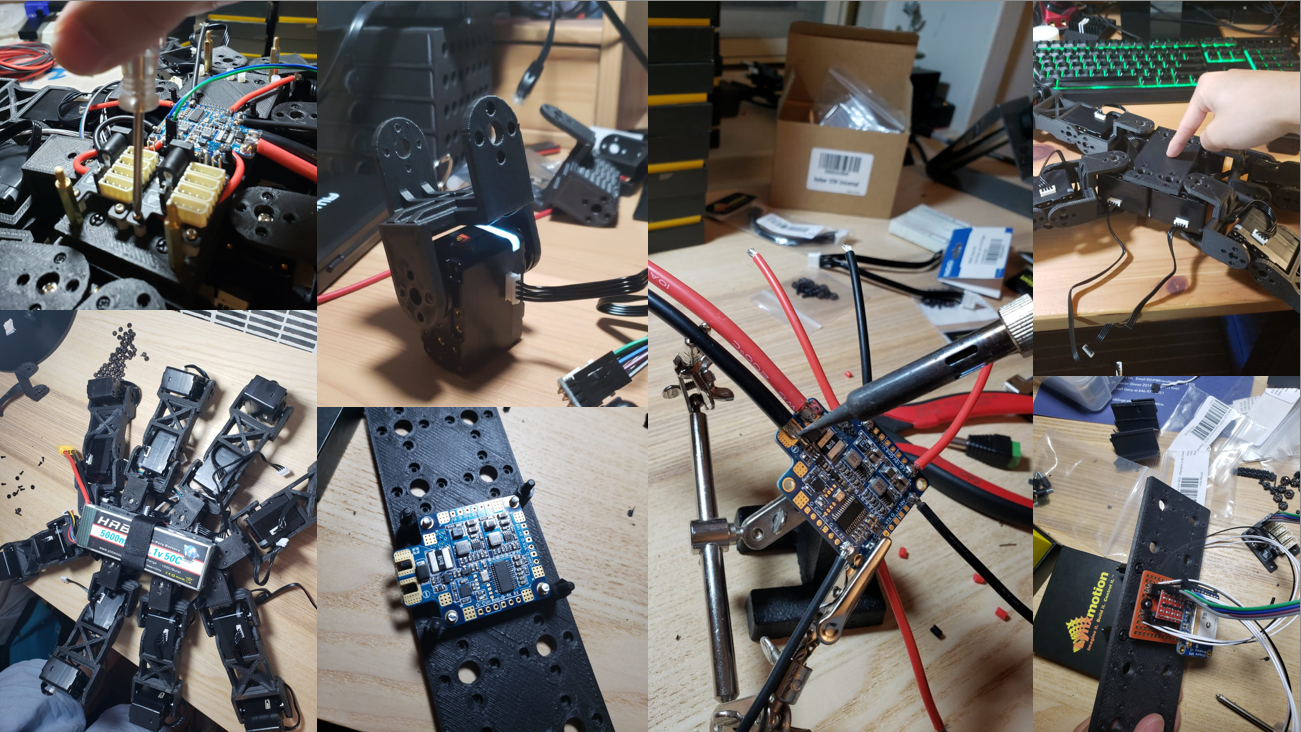 We derived the algorithm that calculates required servo angles to reach a specific position in 3D with the Law of Sine and Cosine. 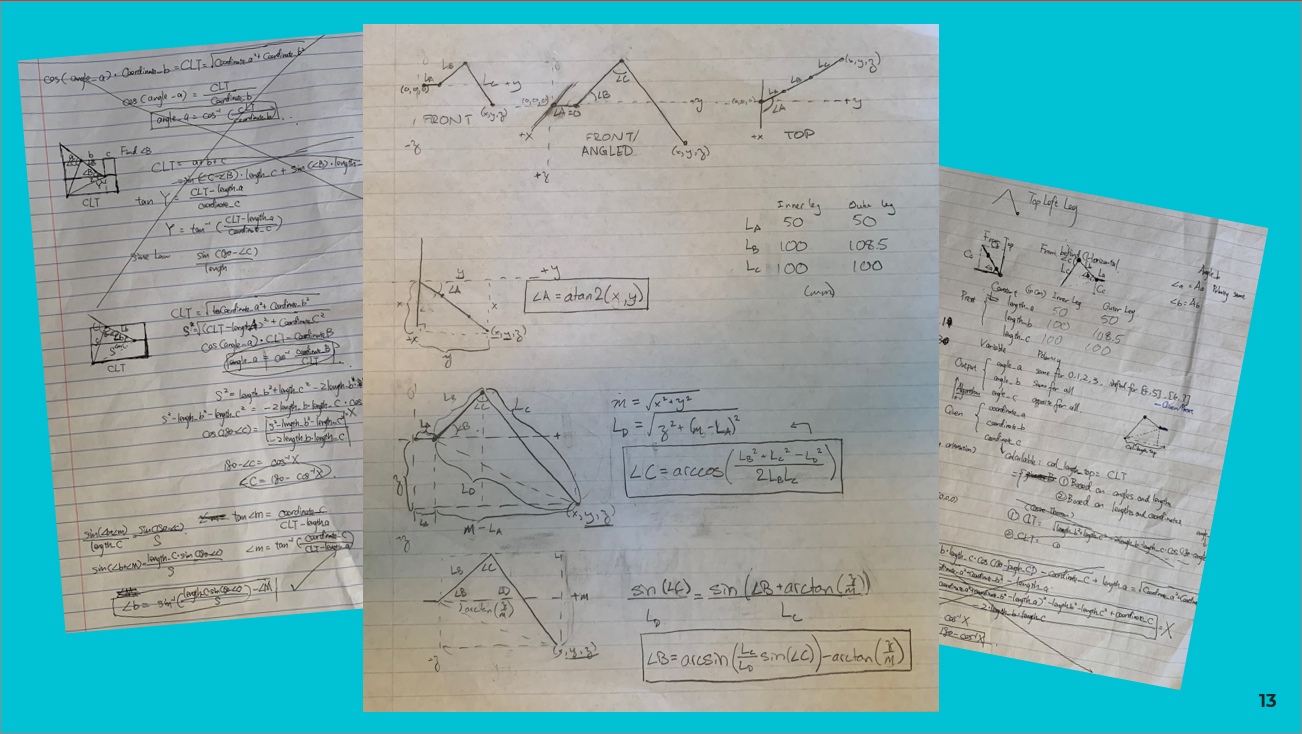 We tried using the OpenCV library to allow Spooder to read. But because of our (potentially faulty) configuration of the library, OCR(Optical Character Recognition) was extremely slow and unreliable. We decided to split up Spooder’s core program from the Computer Vision part — meaning that OCR program will run independently from the core program on a (likely) NVIDIA Jetson Nano. But that is still being finalized and will be developed in Fall 2021.